One of the best things about doing research for my science books is finding resources online that are useful for surprising varieties of book projects.

For instance, when writing about a French explorer from 1790, it's important to be historically accurate. It was wonderful to find a website for the David Rumsey Map Collection, which has over 150,000 historical maps from the 16th century through to the 21st century. There are the maps I needed. There are explorers' maps as well as present-day geological surveys, subway diagrams, and topographical charts galore. This Webby Award-winning website even has a Children's Maps section with over 200 examples!

Another project I'm working on is about my own family history. There are so many useful things to be found on Canadiana. This website has three digital libraries for anyone who is interested in Canada's history in documents. The first is Canadiana Online, which has over 1.7 million pages of historical government publications, as well as a wide range of newspapers and journals, and historical writings. The second is Heritage, which is a program to make accessible some of Canada's most popular archival collections, with sections on military history, genealogy, aboriginal history, and more. Early Canadiana is the third digital library, with full texts of books, magazines, and government documents. So far I've found relatives listed on Canada's 1921 census, and am looking through military records. The best part? As of January 1,  2019, access is free and all content is available with no charge to users.

It seems trivial to be learning about seagulls, but there are so many of them near my island home, and I'd like to know more about them. Some fly here from far away, some live here all the time. And now there's a Gull Identification Guide that I've downloaded.
There's no need to print it out to take to the beach. The important facts are basic: most gulls look pretty similar, and the young gulls are dark grey instead of white with grey wings. As the author John Muir Laws says, "The subtle distinctions between species sometimes do not even matter to the gulls themselves." Even gulls don't worry who is a herring gull and who is a glaucous-winged gull, so I won't either. But I will take time to look at the rest of his website on Nature Stewardship Through Science, Education, and Art. His drawings are wonderful and he has some terrific blog posts on sketching natural objects!


Posted by Paula Johanson at 2:19 am No comments: 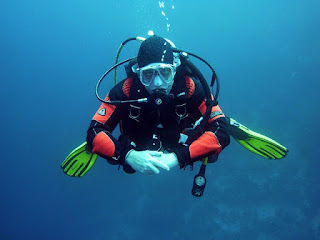 Flying high in the sky where the air is thin, fighter pilots wear oxygen masks to make sure they can breathe. But oxygen can be deadly. It's a tight balance.

The air we breathe is actually mostly nitrogen (close to 4/5 of it). Only about 1/5 of the air outside is oxygen.* And what we breathe out still has quite a lot of oxygen in it. Our bodies only use about 1/4 of it.
We breathe O2: it has two atoms of oxygen in every molecule. Add an oxygen atom, and we get O3: ozone. High up in Earth's atmosphere, a thin layer of ozone protects us from too much harmful solar radiation (the UV in sunshine).

Oxygen is also used to clean water. The O3 of ozone quickly breaks down into O2. The free oxygen atom oxidizes cells and other pollutants in the water.
Oxidation happens when a substance joins with oxygen and turns into another substance. Rust is oxidation, so is an avocado turning brown. In cells, oxidation happens when oxygen burns through membranes and joins with the DNA inside.
Antioxidants prevent oxidation in cells, or at least slow it down. Vitamins C and E and others do this work, but with questionable results.

When the air has less than 6% oxygen, humans can't get enough to live. But getting too much oxygen can be deadly too. When there's much more that 21% oxygen in the air, some of that oxygen binds to proteins in the lungs, interferes with the central nervous system, and messes with the eyes. It can lead to death. So doctors and nurses are very careful to not give patients too much.
Breathing is necessary, and oxidation is a natural process linked to aging. So, in some sense, oxygen will be the death of you.

*There's another 1% or so of outside air that is made up of carbon dioxide and argon (mostly), plus some other gases. 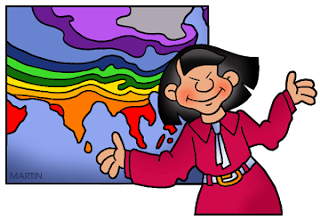 I often yell at the radio. I know it can’t hear me, but still. My most frequent rant is when the weatherperson says “The high will be 27 degrees, but with the humidex it will feel like 37 degrees”. And I retort “No it won’t. Because if the temperature were 37 degrees, you’d tell me that it feels like 58 degrees!” If every temperature “feels like” something different, we can never know what any temperature feels like! 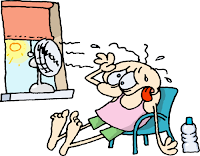 This is what it means:


Unfortunately, the numbers on the Humidex scale are close to temperatures in Celcius, so people confuse them. The Humidex was invented by Canadian scientists in 1962.

I’d like to believe that scientists learned from this mistake. The UV Index (a measurement of Ultra-violet radiation), invented in 1992 – also in Canada, and then adopted by the World Health Organization – has a scale from 0 to 11+. Hard to confuse that with summer temperatures! 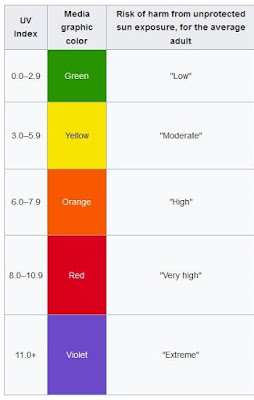 Back to the Humidex: it's a useful indicator of health risks. Our bodies need to be within a remarkably small range of temperatures. “Normal” body temperature is about 37°C. If your temperature rises to about 40°C, you start having hyperthermia, which can be fatal. (Seventy people died in Quebec last summer because of a heat wave, and hundreds die of heat stroke each year in the U.S.A.).

Our bodies stay cool by moisture evaporating on our skin. Turning liquid into vapour requires heat energy which is taken from our bodies, cooling us down. When the relative humidity is high, evaporation is slower, so our cooling mechanism doesn’t work as well. That means we need to be careful not to generate too much internal heat from exertion. We also have to make sure we keep drinking, to allow moisture to be generated on our skin.

The Occupational Health Clinics for Ontario Workers Inc. created more precise humidex-based quidelines for work environments. These are recommended actions for employers, based on whether workers are acclimatized to heat, and whether they are doing light or heavy work. 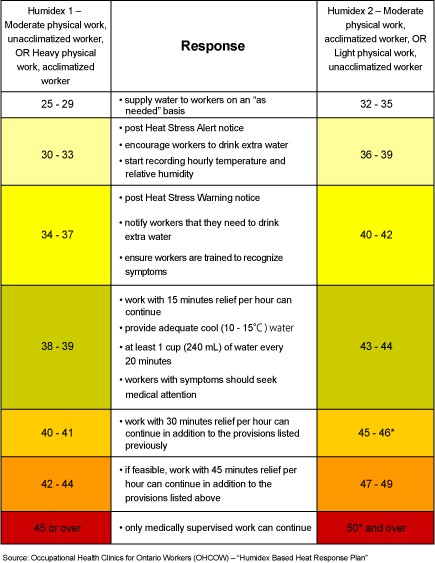 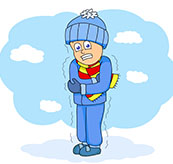 Wind chill calculation is another Canadian innovation. In contrast with the Humidex, wind chill is specified in degrees. When a body (like a human body, or a building) is warmer than the surrounding temperature, it loses heat to its surroundings. The bigger the temperature difference, the more quickly it cools. It loses heat more quickly when air is being blown past it. That’s why blowing on your soup or coffee cools it more quickly. Wind chill (for a specific temperature and wind speed) is the temperature which, without air movement, would cool a body at the same rate. So it’s quite accurate for a weatherperson to say something like “it’s 2 degrees, but with wind chill it feels like -7”.

I love hot weather and hate cold weather. So it's a small consolation to me that during winter, at least I don't have to listen to a weatherperson mangling what the numbers mean.