As a kid, most of what I learned about history came from reading historical fiction. Although non-fiction has come a long way since I was growing up, for me there is still something magical about learning a topic through a character that is experiencing it.

But unlike historical fiction, a genre that gives a realistic depiction of history, science fiction refers to titles set in the future dealing with imaginative concepts - things that are often based on scientific fact or possibility, but not necessarily true. If I had relied on A Wrinkle in Time to learn about space, I probably wouldn’t have graduated high school. 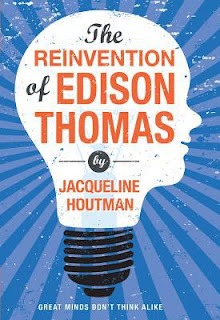 Fortunately, there is a subsection of fiction that has become increasingly popular in recent years, which Jacqueline Houtman has creatively labeled “sciency fiction”. She keeps a list of middle grade titles that fit into this category on her blog called Sciency Fiction.

Houtman’s novel, The Reinvention of Edison Thomas, is a perfect example of “sciency fiction”. It weaves accurate information about physics and mechanics into the story of Eddy, a middle grader who invents a traffic calming device using parts from discarded machines, while redefining success and navigating social challenges.

The Fourteenth Goldfish by Jennifer L. Holm also uses references to famous scientists – Galileo, Newton, Salk, Oppenheimer – in telling the story of 11-year-old Ellie as she mourns the loss of her best friend and her goldfish while exploring immortality and the ethics of scientific discovery related to her grandfather’s research. 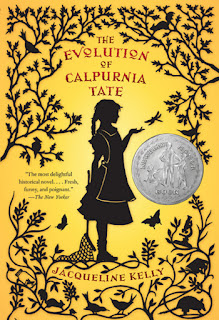 Combining my love of both historical fiction and “sciency fiction” is the 2010 Newbery Honor Winner, The Evolution of Calpurnia Tate, about 11-year-old Callie who is endlessly curious about the natural world. Each chapter begins with an epigraph from Charles Darwin’s Origin of the Species. The book has been followed up with a sequel and two graphic novels that continue to showcase Jacqueline Kelly’s ability to combine information with engaging story telling.

On the Canadian front, Kenneth Oppel's Half Brother introduces readers to behavioural science through the fascinating relationship between 13-year-old Ben and Zan, a chimpanzee. Oppel’s latest title, Every Hidden Thing, explores archaeology with another engaging story aimed at young adult readers.

Also for a slightly more mature audience, Susan Nielsen’s We Are All Made of Molecules joins the long list of current books featuring super smart protagonists who love to share scientific facts with readers. In this case, we meet 13-year-old Stewart who defines relationships geologically, has a cat named Schrödinger, and remembers his mother by breathing in her molecules. 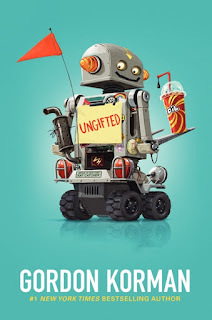 Gordon Korman’s Ungifted takes the opposite approach by throwing an “ordinary” student into a special program for gifted and talented students where a lot of learning happens for all the characters (and the reader). The Hypnotist and Masterminds series also weave scientific elements into action-packed stories that border on science fiction.

Many other great titles combine science fiction and “sciency fiction”. The anthology Polaris: A Celebration of Polar Science employed science content reviewers to ensure the science fiction collection could be used to enrich and supplement science teaching. Fantasy can also deliver “sciency fiction” as it does in Paula Johnson’s Tower in the Crooked Wood, where Jenia uses her knowledge of trees to learn by trial and error about the magic used to kidnap her. 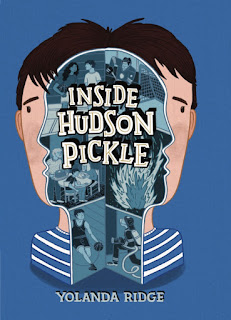 In celebrating the release of my recent Inside Hudson Pickle, I prepared a list of children’s fiction books depicting medical conditions caused by a single gene or chromosomal change for the Nerdy Book Club. Among the titles I researched, there was a wide variation in how much scientific detail was provided. In my book, where 13-year-old Hudson’s uncle is diagnosed with a genetic condition called Alpha-1, I drew on my experience as a genetic counsellor to explain autosomal recessive inheritance within the context of the narrativke.
middle grade novel,

Like many authors, I’ve tried to write the book I would’ve liked to read when I was that age – so I could learn about genetics without staring at one of Mendel’s pea diagrams. Today, there are many great choices for young people who want non-fiction, “sciency fiction” or a combination of both.

This week's guest blogger, Yolanda Ridge, is a Vancouver-based writer with an interest in both fiction and science.

On a Scale from Idiot to Complete Jerk by Alison Hughes (Orca Book Publishers) offers a very funny science report on "jerkosity" by J.J. Murphy.

J.J. uses lots of graphs and pie charts and "the sciencey method" to examine jerks through history, whether babies can be jerks (no), whether kindergarten kids can be jerks (yes), jerks in different jobs and much more. Witty, sciencey and deserving of bonus marks.

Great recommendation, Gillian! There are so many good "sciency fiction" books. I love the idea of keeping a list for summer reading recommendations!

Thanks so much for posting this, Yolanda. I've been updating my website, and the revised website just went live this evening. I won't be posting on my blog anymore (the LiveJournal Terms of Service have changed). I have a page on my website with a link to a printable list of Sciency Fiction titles. It's here: http://www.jhoutman.com/pages/Sciency_fiction.html

I'm going to need to update that list with some new titles now!

Thanks for letting us know about the change of URL, Jacqueline. I have updated the link in Yolanda's blog post.