Gene Therapy: Embryonic Engineering and the Future of Human Evolution 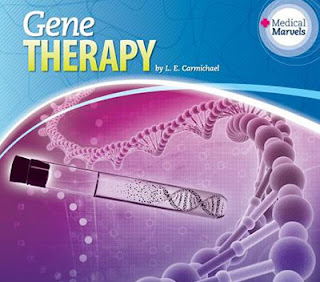 Welcome to Part 3 of my series on gene therapy and genetic engineering. If you haven't already, I'd suggest reading Parts 1 and 2 before you continue:

Introduction to Gene Therapy: It Sounds Simple, But It's Sure Not Easy

Gene Therapy: Vectors, Viruses, and Why CRISPR Will Change Everything

Today, we're talking about the second major challenge with gene therapy - getting replacement DNA into EVERY affected cell in a patient's body - and why that problem leads to the central ethical debate in this field.

Who Are the Patients?

Gene therapy is designed for patients with genetic diseases. The word "patient" implies a couple of things. First of all, a child or adult that has multiple cells... hence the crux of the gene delivery problem we discussed earlier.

The second critical implication is that patients are autonomous human beings who are capable of understanding the treatment, including its risks and benefits, and are also capable giving their informed consent. Many genetic diseases strike during childhood, and in those cases, parents or guardians are legally permitted to give consent for their children's care.

Carry that thought to its logical extension, and it implies that parents could also have the right to consent to gene therapy on behalf of unborn babies - and specifically, single-celled embryos.

In September, Chinese scientists announced that they had used CRISPR technology to edit a disease gene in human embryos. If those embryos had been implanted and allowed to develop, they would have been born as disease-free humans. It was an incredible breakthrough... and it opens up a lot of questions.

From a technological standpoint, embryonic gene therapy is absolutely the way to go:
Now We Know We Can... Does That Mean We Should?

The heritability of embryonic gene therapy is the reason that the vast majority of scientists have long considered such procedures unethical - or at the very least, warranting serious discussion. It is one thing to permanently alter the health of an existing human being - we've been doing that for centuries, using medical treatments as diverse as vaccines and surgeries. And indeed, if we have the power to improve someone's life and relieve their suffering, don't we have a moral obligation to at least try?

Altering the genomes of theoretical future humans is another thing entirely. First, because it's much harder to predict the consequences of actions on that scale, and second, because theoretical humans cannot consent to the alteration of their DNA when they do not yet exist. What right do we have to take those choices away? And while it's hard to imagine why someone would want to live with a disease when they didn't have to, our potential to impact the human genome, and therefore the course of human evolution, doesn't stop there.

After all, DNA is DNA. And CRISPR works on ALL the genes, not just the ones that can cause disease.

Thanks to the Human Genome Project, we have a better understanding of our DNA than ever before. We're finding genes linked to all kinds of interesting traits, like eye colour and height and muscle development and intelligence...

Chinese scientists have genetically engineering dogs with over-developed musculature. Want your kid to be an Olympic power lifter, a soldier, a firefighter? Why bother building the necessary physique with diet and exercise when you could hard-wire their DNA? Ditto if you want your kid to get into Harvard or win a Nobel Prize.There have already been stories about parents undergoing IVF treatments who choose traits like the sex of their unborn child. With genetic engineering, the possibilities are truly becoming limitless.

The Ethics of Gene Therapy and Genomic Engineering

Just because a technology is potentially limitless, doesn't mean it has to be used to its full potential. We have an obligation to decide what uses of gene editing techniques are acceptable and what uses are not, and a further obligation to enforce whatever standards we agree upon.

The ethics of genetic engineering have been debated since the 1970s, when it became possible to manipulate DNA directly for the first time (before that, we had to do it the old fashioned way, using selective breeding). The debates will continue, and in light of these recent Chinese studies, likely intensify. And that's as it should be. Like so many technologies before them, gene therapy and genetic engineering have enormous potential for good, and enormous potential to be abused.

The choice will be up to us.

I hope you've enjoyed learning more about these topics, and I hope you'll continue following news reports about CRISPR and genetic engineering in the news. In the meantime, I'd love to know your thoughts on these issues. Please share and comment!