They KNEW this would happen!

In 2011 Daryl Bem proved that precognition exists! People can know something before it happens. Specifically, he ran an experiment which went like this: students were shown a computer screen displaying two curtains. They were told that a picture would appear behind one of the curtains and they had to predict which curtain. The computer then used a random number generator to choose which side the picture would appear. If the subjects had no ability to know the future, you would expect a 50-50 success rate. But Bem’s experiment showed that subjects predicted successfully at a statistically significant higher rate. 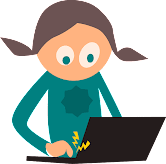 Creative Commons Licence
It would have been easy to dismiss this as an improperly run experiment, except that

and so “Feeling the Future” was published in one of the most prestigious psychology journals. 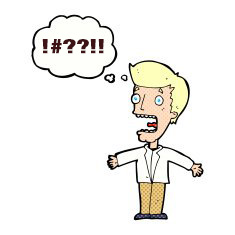 Consternation! Pretty much no-one believed in precognition, but how could “good”, peer-reviewed, published science, be totally wrong? Several scientists tried repeating Bem’s study and found no precognition. And others started looking at whether some well-accepted studies were replicable and found that they, too, didn’t hold up. Some estimates suggested that as many as 50% of published results are not repeatable. And so began the so-called Replication Crisis in psychology.

Sadly, some of the studies that have not held up include some great ideas. You know about them if you’ve read wonderful books like Nobel laureate Daniel Kahneman’s  Thinking Fast and Slow or Dan Ariely’s Predictably Irrational. Examples are:-

Social Priming: A famous study found that after exposing subjects to some random words which included ones relating to old age, they walked more slowly when leaving the building.

Ego depletion: This 1996 experiment has been cited over 3,000 times. Student volunteers were placed in a room with freshly baked, fragrant chocolate chip cookies. Some groups were permitted to eat them, other groups not. After a while they were given an impossible puzzle to try and solve. Those whose will-power had been tested by refraining from eating gave up after eight minutes. Those who had been allowed to eat the cookies lasted an average of 19 minutes.

Facial Feedback Hypothesis: A highly cited experiment in 1988 gave subjects a pen to hold in their mouths while looking at cartoons. Those who were instructed to hold the pen in a way to force them to smile, found the cartoons significantly funnier than the control group.

There are many reasons that invalid results can be published and subsequently not refuted. Some are

Lots of psychologists are trying hard to fix the many problems in the discipline.

In the meantime, I plan to keep smiling and eating chocolate chip cookies.

Posted by Simon Shapiro at 9:00 am