Finding Nemo maybe an entertaining animated movie about clownfish, but it is not exactly a nature documentary. A recent bit of science news  about clownfish stripes inspired me to make a little comic about them.

Unlike the movie, juvenile clownfish do not start out with all their stripes (or bars). They don’t even live with a parent. But they do live among sea anemones, which normally sting and eat other types of fish. Some species of clownfish can live with more than one species of sea anemone. 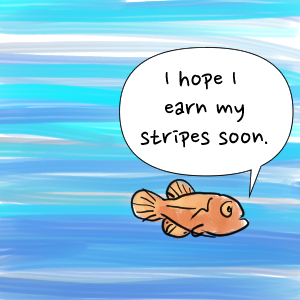 Stripes may be important for distinguishing individuals and species from each other. 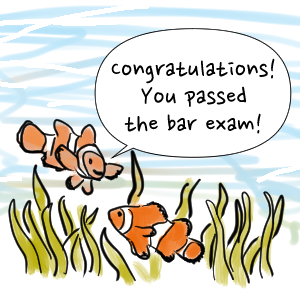 A team of scientists under Professor Vincent Laudet have been studying clownfish in New Guinea. 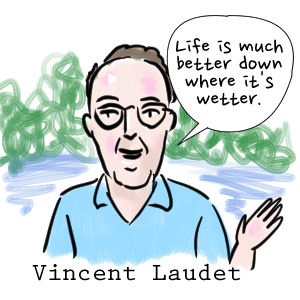 They noticed that juvenile clownfish developed white bars more quickly when associated with the Giant Carpet Anemone than when they lived with the Magnificent Anemone. 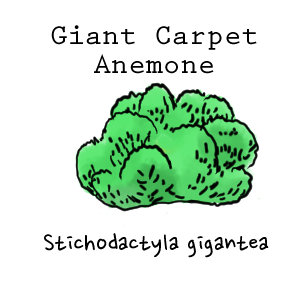 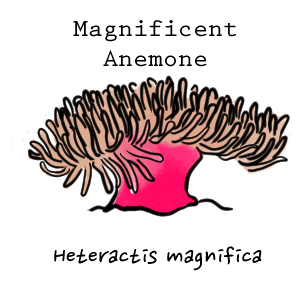 Thyroid hormone is known to be important to triggering metamorphosis in frogs.

The team sent juvenile clownfish from the two different anemones to Dr. Pauline Salis for analysis. 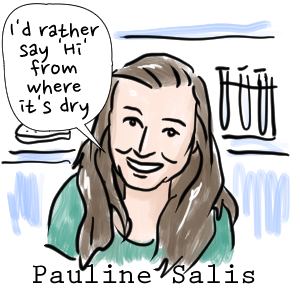 Clownfish living on the Giant Carpet Anemone tended to have more thyroid hormone than those on the Magnificent Anemone. Furthermore, adding thyroid hormone to juvenile clownfish caused them to develop white bars more quickly. White bars depend on the development of pigment cells called iridophores. The development of iridophores in turn depends on a gene called Duox (which codes for the protein Dual Oxidase). And Duox was found to be more active in clownfish residents of the Giant Carpet Anemone. 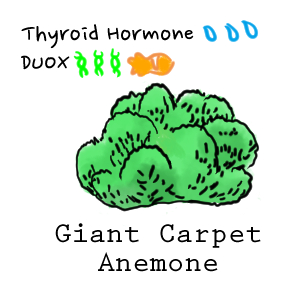 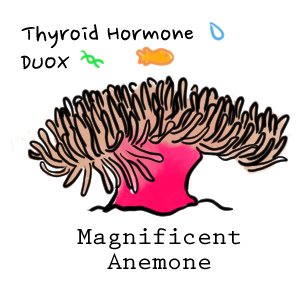 The scientists are not yet sure why clownfish develop at different rates in the two kinds of sea anemone. 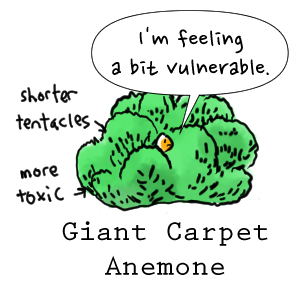 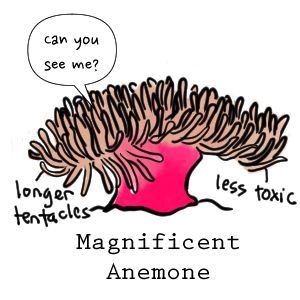 What do you think?

Raymond K. Nakamura writes, draws cartoons, and develops fun learning opportunities about science and Japanese Canadian history and culture, when he is not washing the dishes, walking the dog, or helping his daughter with homework.

He blogs and cartoons not only for Sci/Why but for Science World British Columbia and Science Borealis as well. He is the author of Peach Girl, a picture book that reimagines a Japanese folk tale, published by Pajama Press.

Posted by Paula Johanson at 4:30 am