When Did Humans Reach the Americas?

Now there's a question that opens a can of worms!

A couple of years ago, I wrote a short news article -- Archaeological Find Puts Humans in North America 10,000 Years Earlier Than Thought -- for Hakai Magazine. It was about a new analysis of bones found 40 years ago in the Bluefish Caves in the northern Yukon by Canadian anthropologist Jacques Cinq-Mars. The magazine followed it up with a lengthy and fascinating piece by Heather Pringle: From Vilified to Vindicated: the Story of Jacques Cinq-Mars.

Doctoral student Lauriane Bourgeon's analysis of the bones, particularly a horse jawbone with cut marks on it, appears to confirm Cinq-Mars's original conclusion -- that human hunters were using the Bluefish Caves at least 24,000 years ago, at the height of the last glaciation. At that time sea levels were much lower than today, and people could have crossed to North America from Siberia on the wide, dry, windswept plains of Beringia, a route now blocked by the waters of the Bering Strait.

At the time Cinq-Mars published his first account of the excavation, the prevailing theory said humans arrived in North America from northeastern Siberia about 14,000 years ago at a time when the glaciers were finally disappearing, but when there was still a dry-land link between Asia and North America. They then followed an ice-free corridor between glaciers that led them south to the rest of the Americas. The problem with that theory is the growing body of evidence that no such corridor existed or was inhabitable at that time, as well as another growing body of evidence that people were living well south of the glaciated lands before the glaciers disappeared.

Cinq-Mars's find and Bourgeon's re-analysis of it support another theory: the Beringian standstill hypothesis. According to that theory, humans moved into the dry region linking Asia and North America 10,000 years or more before the great ice sheets melted and the sea level rose. And there they stayed, making a decent living from the animals -- both large and small -- that shared their giant refuge from the ice.

But what about those people living farther south when the ice was still melting? Current thinking suggests they might have arrived by sea, travelling down the west coast of North America, with its rich resources of shellfish and other coastal foods. A report just released dates a cache of artifacts found in Idaho to 16,000 years ago. A joint research effort by Western scientists and First Nations in British Columbia recently found even more startling evidence to support the coastal theory -- 29 footprints left, probably, by a small family walking along a beach 13,000 years ago.

Unravelling the mystery of humans in the Americas is no easy task. Much of the evidence was ground to dust by kilometres-deep ice or flooded by rising seas as the ice melted. But scientists and Indigenous peoples are working on it. It's still a can of worms, but each worm that emerges changes the picture slightly and makes it a little clearer. And a lot more interesting.

Claire Eamer's most recent book is Out of the Ice: How Climate Change is Revealing the Past (Kids Can Press, 2018).

In Case You Needed More Nightmares: I Give You The Cookie Cutter Shark

Posted by L E Carmichael at 3:30 pm No comments:

We're Almost Out of Sand 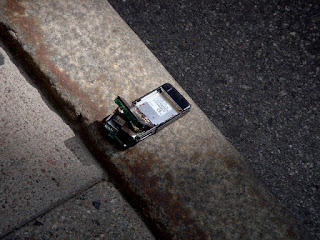 Windows, concrete, silicone chips, and even water filtration systems have one thing in common, and it’s getting harder and harder to find: it’s sand.

Can you believe that? The stuff between your toes at the beach, in your bathing suit, in your bag… the stuff that is so hard to get rid of, that sticks everywhere. That sand is running out. It’s getting so hard to find that people are even stealing it, turning the sand business into a crime: a “sand mafia” that will kill to protect their sand supply.
“But what about the desert?” you ask. Well, there are two reasons desert sand can’t be used to make modern products: 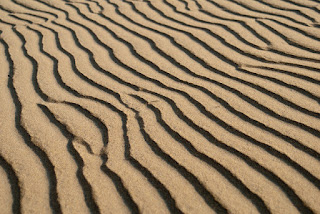 There is still sand to be mined, but the easy-to-get sand is almost gone. What does this mean for the future? “Sand is actually the most important solid substance on Earth,” says Vince Beiser author of The World in a Grain. “It’s the literal foundation of modern civilization.” Modern life relies very heavily on glass, concrete, and electronics. Reinforced concrete is what made high rise buildings possible. Bridges and huge dams too. Glass is needed for all our smartphones as well as for our solar panels.

We now use more sand each year than we did in the past 100 years, total. “We’re adding the equivalent of eight New York Cities to the world every single year,” Beiser said in an episode of 99% Invisible.

As we search for new sources of sand, we have to look in less easy places, and that means big environmental impacts. Because water’s force shapes the best sand, finding new sand means doing a lot of damage to rivers, lakes, and marshes.

Are there alternatives? Could we use bamboo or recycled materials to make concrete instead? Maybe you will be the materials scientist who finds out.