In crime shows the first thing detectives look for is fingerprints. I’m sure you know why —because every person has a unique pattern on the tips of their fingers. This means anything touched by the criminal could help to identify them. 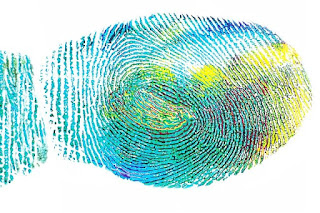 Smart criminals wear gloves for exactly this reason. To stay one step ahead, detectives and scientists figured out how to look for something else that’s unique — DNA fingerprints.

What is DNA? It’s the alphabet used to write the instruction manual on how all living things develop, grow and function. A copy of this instruction manual is contained in every single cell of our body. Which means that if a criminal leaves a piece of hair of a speck of spit at the scene of the crime, scientists can examine the DNA within the cells to try and identify a suspect.

DNA fingerprinting has been available for a while but now there’s something new on the scene — environmental DNA. Better known as eDNA, environmental DNA is DNA that’s been shed by an organism into the environment. And it’s found almost everywhere — water, soil, ice and even air. 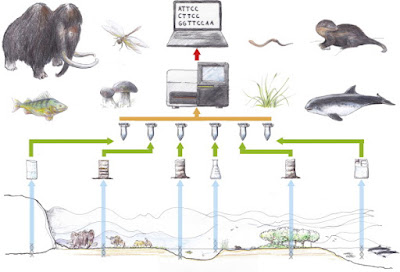 Environmental DNA is not being used to fight crime — at least not yet. But over the past ten years it’s been used to do some cool stuff including:

More recently, scientists showed they could vacuum eDNA directly from the sky. To prove it, two different research groups identified DNA from animals at a nearby zoo in samples of the air.

To find out more about eDNA, check out these YouTube videos:

And keep following science blogs like this to learn more about how eDNA gets used in the future. It’s coming soon to a crime scene near you (but hopefully not too near you!).

Yolanda Ridge is a middle grade author, science writer and knowledge translation co-ordinator from Rossland, BC. Visit her website at www.yolandaridge.com to find out more.

Fingerprint image by Stux from pixabay.com

What Happens When Scientists Give Their Discoveries Away?

The work that scientists do is real work. It takes time, careful effort, training, and applied knowledge. Sometimes there are hours of tiring or boring work. There can even be heavy lifting or danger! And always, the work of a scientist must be recorded accurately and shared among other scholars.

So, what is the work of a scientist worth? There are lots of ways to answer that question, from the wages of a researcher working for a corporation or the complex roles of tenured professors and their colleagues at universities. What about their discoveries  -- what are those worth?

There's one example well worth remembering. A hundred years ago, when Frederick Banting, Charles Best, and James Collip discovered how to make insulin, a treatment for diabetes, they patented their discovery, and then sold the rights to the University of Toronto for a dollar each. Banting felt it was unethical for a doctor to profit personally from a lifesaving discovery. Best and Collip wanted to be sure that those who needed insulin would be able to afford it.

Here's another example from an article published this autumn, by Luke D. Lavis. He and his research team developed a new fluorescent dye. It's particularly useful for biologists studying cells. As Lavis wrote in his article, his team agreed to give samples of the dye to any researcher who asked. Over the next four years, they gave thousands of sample of over 50 kinds of dyes. The result has been great for researchers using the dyes, who have done complicated work with living cells stained to show tiny details. The result has also been great for the institute where Lavis and the team work. Read all about it at this link.

Posted by Paula Johanson at 4:19 am No comments:

Where I live, in the Pacific Northwest, autumn means rain and plenty of it. The rain pours down and flies sideways, soaking your cuffs and everything else if you’ve forgotten an umbrella.

If you’re out walking during a storm in a city, you might notice rainwater soaking the streets, skidding across parking lots and sidewalks and then pouring into drains – if they aren’t clogged by soggy leaves or other debris. All that storm water draining into the sewer mixes with oils, heavy metals, pesticides and other pollutants that are on our roadways. In cities, where impermeable surfaces such as concrete sidewalks, roads and parking lots are common, a significant portion of rainfall ends up in the sewer system alongside whatever chemicals it has picked up along the way. Then, depending on the city’s location, it runs into nearby waterways, lakes or oceans.

With rising global temperatures and changing weather patterns, more than 50% of the world’s population now reside in cities, on the front line of climate change. How can cities cope? One strategy is to learn from nature, and adapt urban buildings, infrastructure, and surfaces to work with the surrounding ecosystem.

Take Seattle, Washington, a city with significant annual rainfall. In 2017, a nonprofit group called Urban Greenprint teamed up with engineers, biologists, and city planners to study how they could design buildings and infrastructure to help mimic the evaporation rate of the Pacific Northwest forest to help reduce flooding as well as reduce polluted runoff from washing into the nearby Pacific Ocean.

The forest consists of thousands of layers, which work together to slow the rain and retain moisture before it reaches the ground. Moss and tree bark can hold water like a sponge. Douglas fir trees, common to the area, have needles that spear raindrops, breaking them into smaller parts, increasing the amount of evaporation and decreasing soil erosion.

With thoughtful design, urban buildings and other infrastructure can mimic layers found in the forest. Living walls can slow rainfall as it moves from the roof, through the textured green wall, absorbing moisture during each stage of the process. Canopies, awnings, screens and wire sculptures can mimic the ability of pine needles to split raindrops and increase evaporation. Green rooftops and ‘rain gardens’ planted next to sidewalks can soak up water like sponges.

So next time I’m out during a big rainfall, I’m going to keep my eyes open for places where my city is soaking up the storm – and where adaptations could be made.